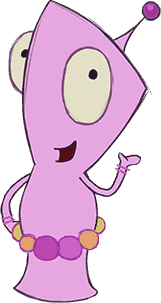 Richard is a sensitive young space alien from the Purple Planet. He's younger than Peg, but she and Cat love to visit his planet because he's got the coolest hi-tech toys!

Richard's a worrier; he worries how the play date is going; is everybody having a good time? Is everybody better at something than he is? He tends to cry over little things, and likes to know where his blanket is at all times -- though he insists he never needs it.

Richard's obsessed with arranging things into patterns, and dreams of coming to earth to choreograph on a Broadway stage. 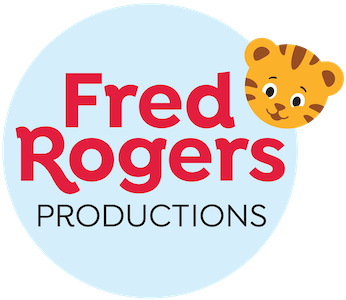