Children will learn how to debug projects, and how to use the programming blocks to create patterns in the app. They will explore coding and computational thinking practices as they utilize technology as a tool for creativity, expression and learning with the PBS KIDS ScratchJr app.

The context in which you are engaging in this activity will impact how you get started. Take the time to set-up cues, preview what you’re going to be doing and why, and to get the kids ready and focused for a fun and creative PBS KIDS challenge.

Today everyone will work on debugging some odd problems and making their own programs that feature patterns using PBS KIDS ScratchJr and inspired by ODD SQUAD.

Ask a focusing question and have each child answer: What is something odd that happened to you recently?

Have everyone stand in a circle for a game of “Zip, Zap, Zop.”

This game is a great way to get children active and focused and also helps to reinforce the computational thinking concept of Events; one thing causing another thing to happen. The game is all about triggers, events, and cause and effect relationships. It also a great representation of a game that is based on a pattern.

Debugging is an important computational practice and also a great way to develop coding skills and knowledge. Being able to identify where or why something isn't working as intended and then being able to fix it, is valuable as children create their own projects with PBS KIDS ScratchJr.

Below are three odd projects created by Odd Squad agents that all have patterns in them. The problem is, they aren't working as intended. Recreate each project using the app and project it on a screen at the front of the room. As a group, work to debug the project by identifying why it isn't working as intended, and by then figuring out what can be changed to fix it. After debugging the problem, also take the time to identify the pattern in each project. 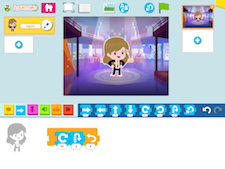 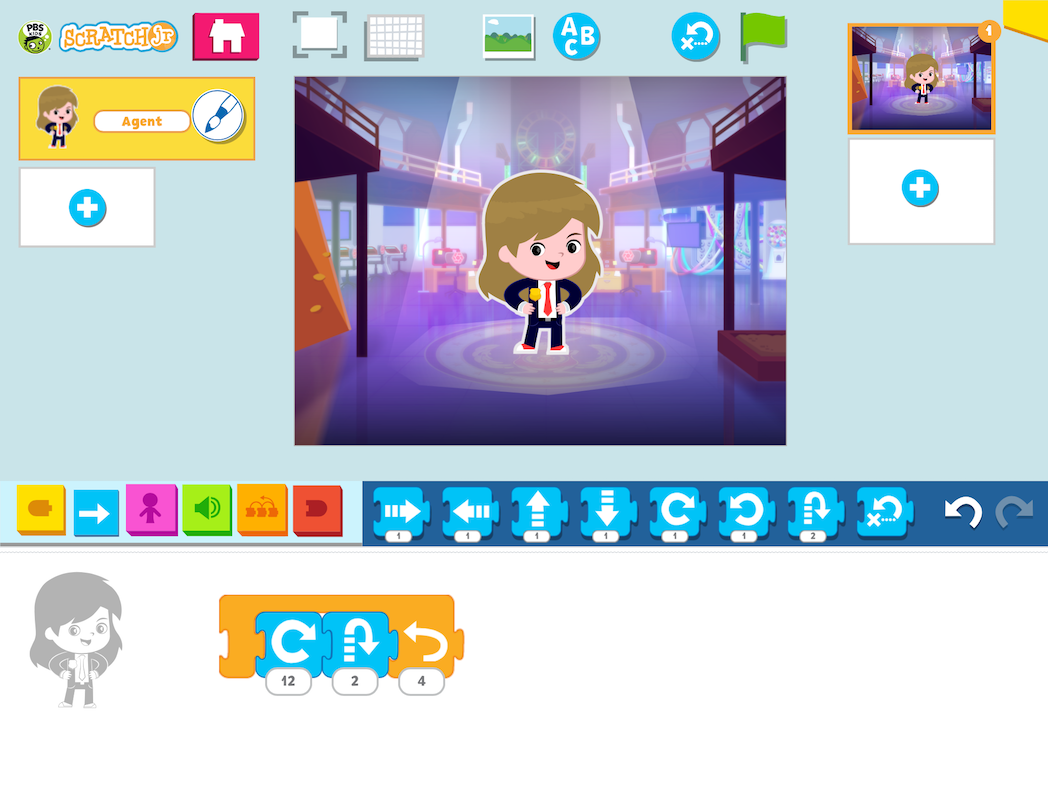 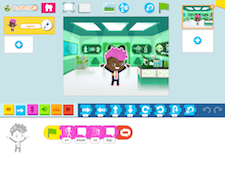 Agent Otis created this odd project, but it's not working the way he wants it to. When the character grows big, he want's it to say 'Big!' and when the character shrinks and becomes small, he wants it to say 'Small!' The problem is, the opposite is happening. When the character is big, she says 'Small!' and when she is small, she says 'Big!' How odd! As a group, identify the problem in the code and then fix it. Then describe the repeating pattern that Agent Otis created. With the red block in place, how long will the pattern repeat? 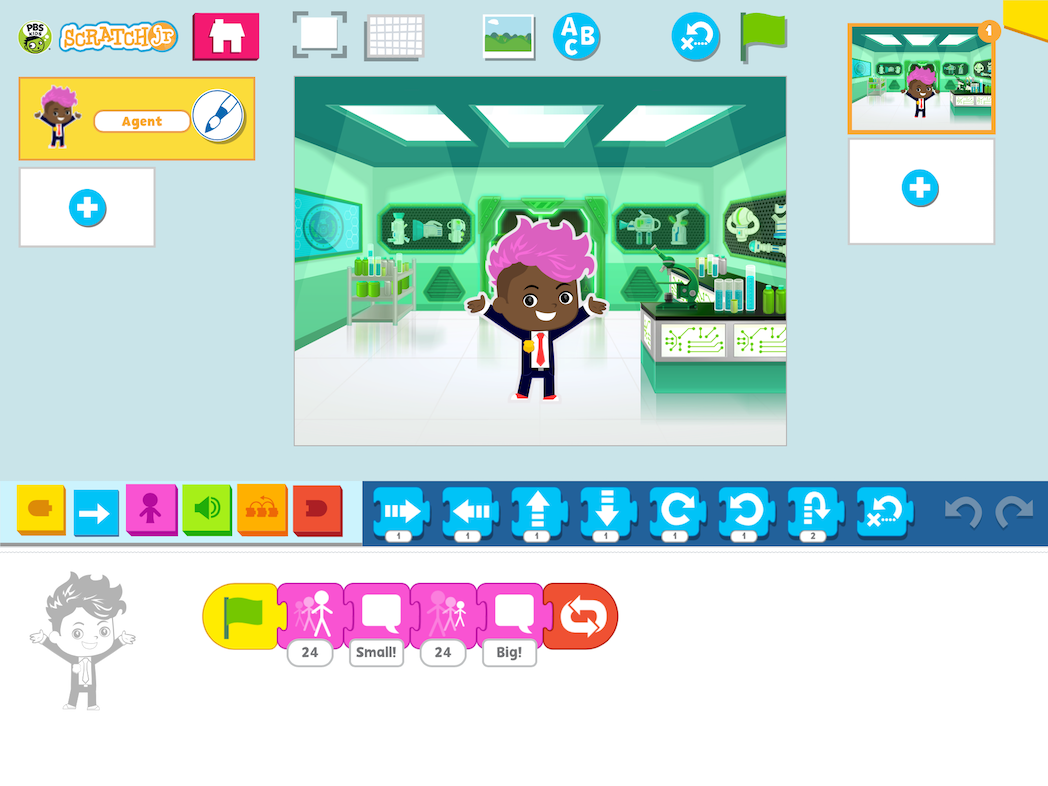 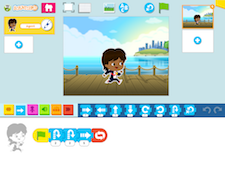 Agent Orchid created this odd project, but it's not working the way she wants it to. When she taps on the green flag she wants the character to hop across the screen (hopping and moving right at the same time), but instead, when she taps the green flag the character hops twice AND THEN moves right. Why isn't the character hopping and moving right at the same time? Does the group have any ideas for how to make the project work the way Agent Orchid wants it to? 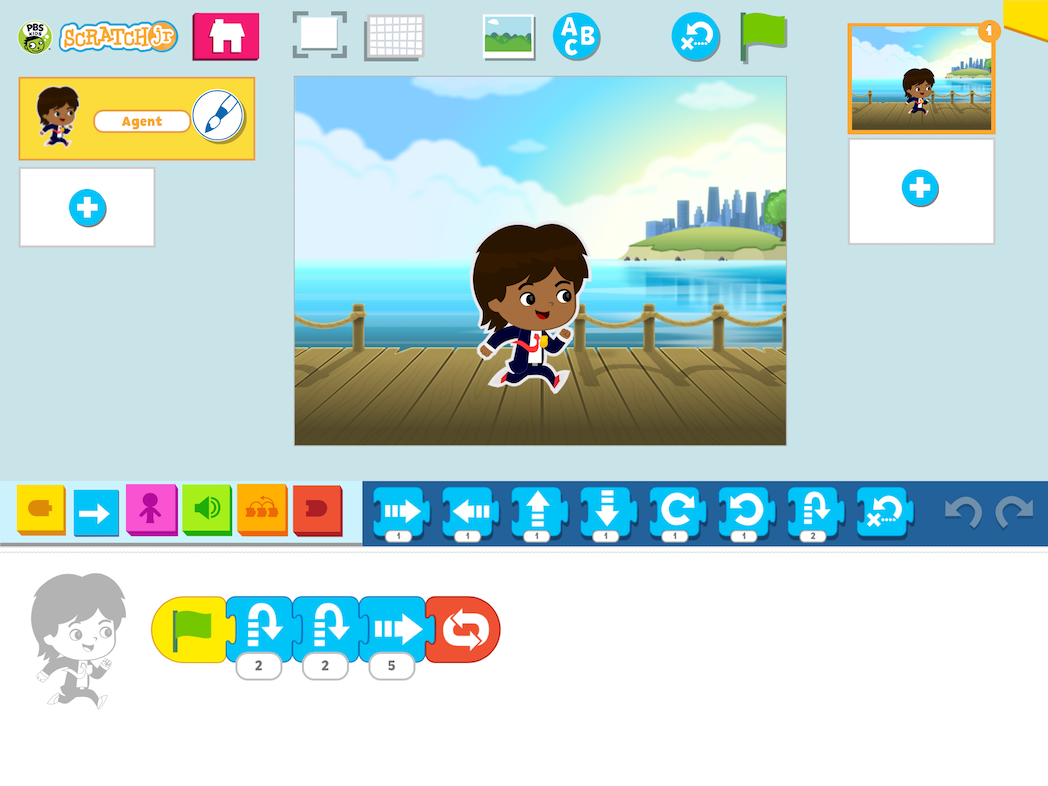 Inspired by ODD SQUAD, have everyone create their own odd pattern projects.

If they run into any problems on their project, encourage them to utilize their debugging skills by first identifying where the problem is and then thinking up ways to fix it.

Make sure everyone has a tablet and make yourself available to lend support as everyone works on their projects. Also, encourage children to turn to each other for support and inspiration.

Have children add themselves to their project as Odd Squad Agents using the Agent characters with blank faces and then using the camera feature in the paint editor to add their face to the character.

Have children pair up and share their projects with one another. Model and encourage the giving and receiving of both warm and cool feedback. Also, encourage children to share and discuss the following: