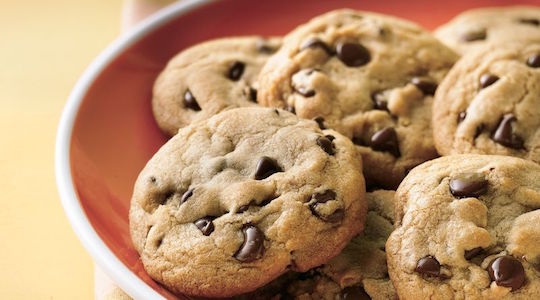 How did chocolate chip cookies come to be? Back in 1930, Ruth Wakefield, owner of the Toll House Inn, was baking Butter Drop Do cookies. This kind of cookie uses baker’s chocolate, which has high amounts of cocoa butter and melts completely throughout the dough. As Mrs. Wakefield began mixing the ingredients, she realized that she did not have any baker’s chocolate left.

This new recipe became known as the “Chocolate Crunch Cookie,” and it was a huge hit at the Inn. Today, you might call it the "chocolate chip cookie." Sometimes the best inventions are the result of improvising and experimenting when something does not go according to plan!

Click the image below to learn more about this invention.