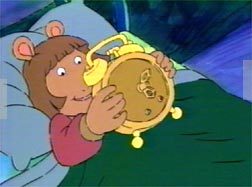 Celebrating the new year began in ancient times to mark the end of winter. Nowadays, people like to stay up on the last night of the old year to see the new year begin. On New Year's Eve, D.W. set her alarm clock to wake her up at midnight so she wouldn't miss it! 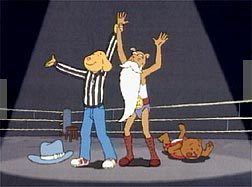 Binky says that on New Year's Eve, there is a big wrestling match between Old Man Last Year and Baby New Year. I don't think it has ever happened, but Buster says that if the old man wins the match, the new year can't start for six more weeks. 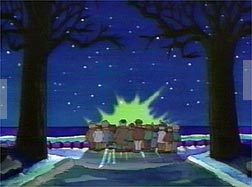 Prunella claims that a big green flash lights up the sky at midnight, but I don't think that's true, either. Some people welcome the new year by watching a huge sparkling ball lower in Times Square in New York City. I saw it on TV. 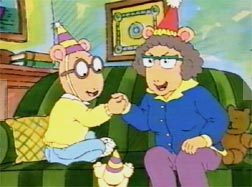 Arthur and Grandma Thora made some New Year's resolutions. Resolutions are like decisions. This year, Arthur's resolution is to try to be nice to D.W. at least once a day. We'll see how that goes. 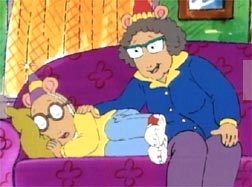 Arthur tried to stay up until midnight to ring in the new year. He wanted to yell "Happy new year!" with everyone else. But he fell asleep at 11:30! He was sleeping so soundly that no one wanted to wake him up, so he missed the party! 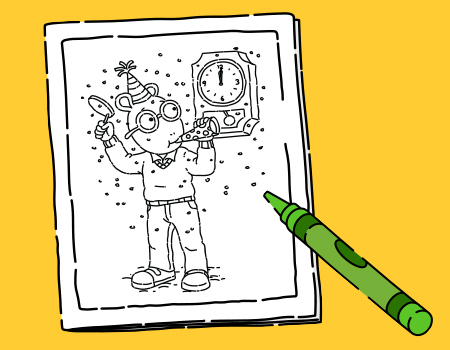