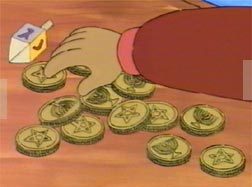 Hanukkah is a Jewish celebration in honor of a victorious battle for religious freedom. The holiday lasts for eight days. During Hanukkah, Francine likes to play dreidel, a game where kids spin a four-sided top. They get chocolate coins if they win. 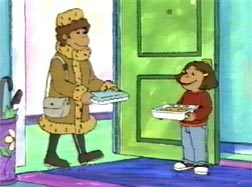 On the last night of Hanukkah, Francine's relatives come over for a party. They bring all kinds of great food like kugel, and potato pancakes called "latkes." Latkes are delicious with applesauce! 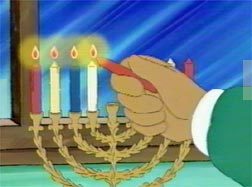 After a battle 2,000 years ago, the Jews had enough oil to light their holy light for only one night. But somehow, the oil burned for eight days. That's why at Hanukkah the Frenskys light a candleholder called a "hanukkiah" (a special kind of menorah) that holds eight candles (plus one for lighting the rest). 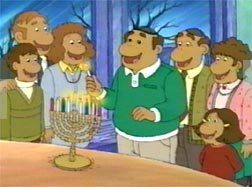 After lighting the candles, Francine and her family sing Hanukkah songs and open their presents. Francine gets eight presents -- one for each night of the holiday. 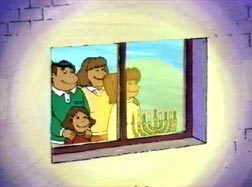 Hanukkah is also called the Festival of Lights. The Frenskys like to display the Hanukkah candles in the front window so that other people can see them. Francine says that it's nice to feel like she is a part of something big. 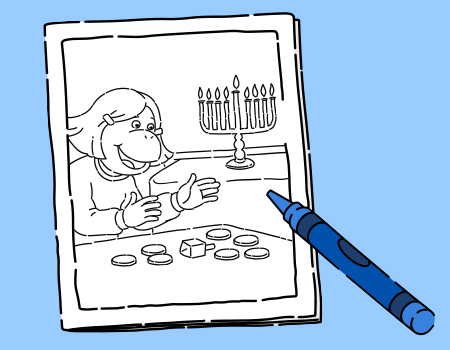